There is an exciting trend in the telephony trade that correlates with changes in technology. Historically, telecommunication services were limited to companies that specialized in old-fashioned phone line hardware. That led to conglomerates like Bell limiting options for consumers. It also kept better technology out of the voice communications game. Today, technology continues to evolve, and the communications industry is on the cusp of greatness. Now is the time for entrepreneurs to get their foot in the door to become a VoIP service provider.

The History of Telecommunications

What was once a stagnated form of commerce has grown drastically in the last decade and a half. In 1996, President Bill Clinton signed a bill that changed everything. The Telecom Act of 1996 was the first major modification in telecommunications law in over 60 years. The precursor to making this bold step was the advancement of technology, and specifically, the growth of the Internet. The federal government needed to break up the conglomerates that ruled phone service for decades to keep the industry competitive.

New systems made it possible for voice communication to travel over the Internet instead of phone lines. The change in law meant that anyone could step into the game and offer communication services.

The old school telephone companies, or incumbent local exchange carriers, began to see challenges to the market as far back as 1985 when companies like Teleport Communication Group started using fiber optic systems. A fight ensued to stifle the advancements and curtail the competitive access providers. As the new technology grew in popularity, CAPs offered shared PBX services with ILEC players. This process married the fiber optic hardware provided by CAPs and the end-user systems from the ILEC fraction.

In the early 1990s, the industry grew again when the New York Public Service Commission allowed the first competitive local exchange carrier to operate in their state. CLEC was a hybrid company that offered both the fiber optics and the end-user service. When Clinton signed the Telecom Act of 1996, he opened the field up even further to include anyone able to provide communication service.

Today, the look of telephony service is different from what it was back in 1996. Companies are utilizing voice over IP, VoIP, technology to give end-users better quality and enhanced features.

The market began to expand into VoIP back in 2004. Technology had found a way to send voice communications over broadband Internet. This meant even more companies could jump into the telephony market. Consumers see little difference in their phone service even though VoIP works using the Internet. There are three main formats for processing this communication.

All three of these types of phone systems work for a VoIP service provider.

Why VoIP Service is the New Frontier

Now is the time for those looking to start their own VoIP business to move into action. The telephony industry is going through another growth spurt that will combine new age telecom features and competitive pricing. Customers will be shopping around for the most innovative programs. With so many small businesses working the market, a consolidation is inevitable. Service providers with a strong customer base will cash in when the mergers begin.

White Label Communications is a leader in the VoIP reseller market. They provide Private Label Dial Tone though a global hosted PBX and SIP Trunk solution giving way to a new generation of VoIP service provider. In the past, companies wanting to get into telephony service had to have significant start-up capital in order to buy the hardware necessary to be a VoIP service provider. The progression of the VoIP reseller services through companies like White Label Communications has changed the face of the industry once again.

Collaborating with White Label Communications allows startup businesses to be VoIP service providers without all the hardware hassle. They can concentrate on growing a customer base while WLC deals with the engineering and maintenance of the phone system. That leaves smaller, independent companies time to focus on developing their business. They can work to enhance what will be the lucrative asset when it comes time to sell the company. The customer base is what will matter when larger providers begin looking to converge with the small businesses. 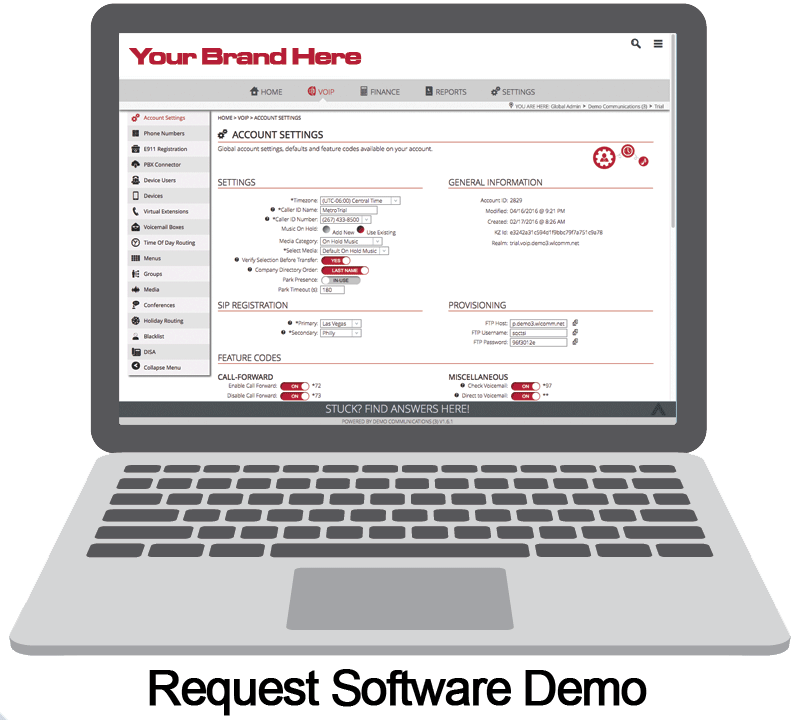